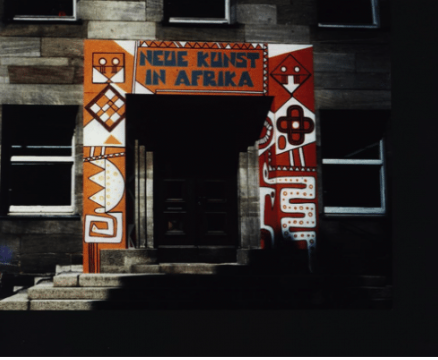 In this paper, I will focus on two distinct periods of displaying the collection of modern and contemporary art from Africa at Iwalewahaus, a museum that is part of the University of Bayreuth in southeastern Germany. It was created in 1981 by Ulli Beier (1922–2011) as part of the Africa focus mission of the University of Bayreuth. Beier was a German curator, art patron, collector, and literary critic. He grew up in Pomerania, and later in exile in Palestine as the child of a Jewish father. His family background was an intellectual one; his father collected artworks of German impressionists and he was introduced to art history by visiting museums in Berlin. After having been imprisoned by the British in Palestine towards the end of World War II, Beier went to London to study phonetics. Later, he found a job announcement for the University of Ibadan in Nigeria and went to the place that would become home for him.